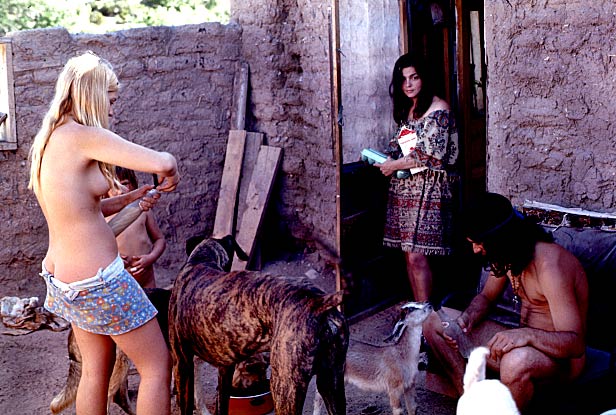 THE SUBJECTIVE FACTS:
“Sam’s Float” is mesmerizing jazz fusion that splits the difference between the visionary electric music of Miles Davis and more commercial instincts of groups like Weather Report. It’s a model of ensemble playing – the wordless vocals, Indian percussion, and guitar riffs meshing perfectly with the sturdy groove and Liebman’s chirpy-but-incisive playing. As a whole, Lookout Farm remains the high-water mark of Dave Liebman‘s career as a leader.

BACK TO THE LAND:
The facts will only get you so far. More interesting are the associations evoked by the music itself. The utopian vibe suggests that Liebman may have formed his new ensemble under the heady influence of the early 1970s movements of communal living and sustainable agriculture. You might also detect the subliminal influence of Richard Brautigan‘s whimsical fiction, particularly his surreal fable In Watermelon Sugar. Imagine the band removing themselves for a two-month residency to a farmhouse in the woods of New Hampshire, developing their sound in harmony with the surrounding fields.

BUT STILL PLUGGED IN:
But it wasn’t quite as rustic that suggests. The barn complex was rigged with various large amps and speakers, plus wired to allow the electric instruments to be cranked up to maximum volume. During the early practices, the locals claimed they could feel the tree roots shaking. One observer remarked: “It’s like Nature – but louder.”

LOOKING AHEAD:
There’s a earthy quality to the tunes that are prescient of back-to-the-land movies like Winstanley, the overlooked British classic about The Diggers, an English group who tried to overturn notions of private property and reclaim the common soil for the benefit of everyone. It didn’t end well for The Diggers, nor for the Lookout Farm band, which wasn’t able to capitalize on the artistic success of this album. But it was a shining moment nonetheless.

ODE TO A FAVORITE WATERING HOLE:
“Sam’s Float” – a small lake on the adjacent property that was favored by the band and the golden retriever who adopted them that summer. The tune suggests the dog was experiencing a sort of satori moment while soaking his matted fur in the cool water.

VISIT LOOKOUT FARM!
Why not take a jazz field trip to the actual historic location, one of America’s oldest active farms. Bring the kids!

YOU WANT IT, YOU GOT IT:
Inexplicably never released on CD by ECM, the rest of Lookout Farm (and them some) is currently available as part of the Mosaic Select: Dave Liebman and Richie Beirach box set.

As for the rest of the material on that Mosaic set and other lost Liebman gems, you tell us! 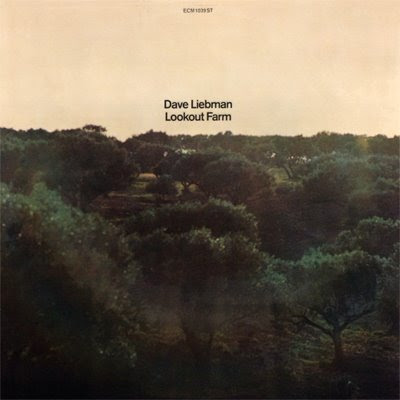