She Belongs to a World That’s Destroying Itself 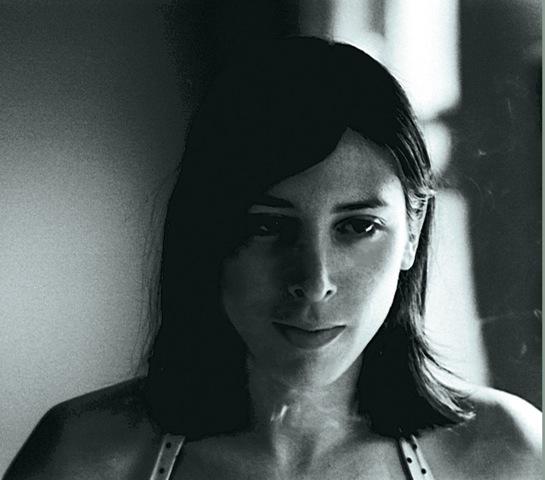 Free jazz, fusion, psychedelia, prog, electronic sound experiment, soft rock, whatever. This music sits perched between many poles but refuses to be defined by any of them. Because Peacock and Bley came from a jazz and improvisational tradition, it usually gets labeled as jazz. And why not? But really — “Mr. Joy” could just as easily be categorized as some mutant antecedent for today’s freak folk movement. A commenter at Peacock’s myspace page refers to her “soft madness,” and that too is as apt a handle as any.

FUN FACT: Hearing this album and 1972’s I’m the One, David Bowie asked Annette Peacock to play on Aladdin Sane. She declined (though DB’s management company MainMan did have her on the payroll for a while), opting to join the staff at Juilliard instead. Her influence can be heard on Bowie and Eno’s later Berlin experiments.

“Mr. Joy” starts groovily enough, though the vocal phasing at around twenty seconds hints at some of the wigginess to come. At times the music sounds like Steely Dan — or maybe Joni Mitchell circa Hissing of Summer Lawns — being shoved through a paper shredder. This blend of smoov jazz and insane synthovocals is unusually compelling. Peacock was among the first to explore the synthesizer in this fashion, electronically altering her voice, intensifying it; fucking with the technology, pushing it to the breaking point.

It sounds glitchy – intentionally so. This is glitch as compositional device, 25 years before Oval, etc., employed the concept in electronic music. And if this seems ahead of its time, imagine how it sounded when originally performed in 1969. (If there’s one thing we want to see pop up on YouTube about now, it’d be Peacock’s late night TV ads promoting her self-produced 1969 concert featuring the Synthesizer Show at New York’s Philharmonic Hall.)

FUN FACT: Peacock and Bley got their hands on one of the first-ever Moog synthesizers, conniving an early machine right out of Robert Moog’s home in the late 1960s. Bley says: “Bob Moog was only too happy to put his instrument through the test of an authentic improvising musician, to see what it could do and what it couldn’t do.” Peacock adds: “We went up there and Paul did the rap and I just stood around looking charming and lovely… and we drove away that night with a synthesizer.”

“Dreams” has a queasy stasis, presenting something akin to a traditional jazz ballad, only one that’s been frozen in time. It thaws as we listen, releasing dry ice fumes that makes one’s vision go all fizzy. The song clearly awaits discovery by David Lynch. As in much of Lynch’s work, there is sincerity and surreal nuttiness in almost equal measure.

FUN FACT: Marilyn Crispell recorded an entire album of Annette Peacock compositions for piano trio called Nothing Ever Was, Anyway for ECM. While it doesn’t try to represent the gonzo side of Peacock’s music, the album does perfectly capture the unearthly pulse and glacial beauty of songs like “Dreams.”

From 1969-1971, Paul Bley made ten synthesizer records, featuring Annette Peacock’s synthesized voice on eight of them. We’re familiar with the startlingly abstract and challenging Dual Unity and Improvise, but anybody know much about the other albums?

The credit for this one really goes to Peacock – these are her compositions, her arrangements, her rather singular vision. (Bley later gave up on the synth thing entirely.) The best tunes veer into the pop/rock territory that would fully emerge in her next albums, the wonderful I’m the One and X-Dreams. But there’s a jazz quality — the comfort with improvisation? the embrace of chance juxtapositions? the open-ended formal arrangements? — undergirding just about everything she does.

SEE ALSO: For a fascinating sideways glance at this music, see “Stretching Time” (The Wire #283, Sept. 2007), an appreciation of Bley’s undervalued avant experiments from the 60s and early 70s (mp3s here).

AND: Decent Scaruffi overview. AP tribute page with much rich fodder. And a very clear shot of the lyrics-laden backside of this LP cover.