Welcome to LOST TONES, a series featuring tracks from hyper-rare recordings that aren’t available anywhere else on the web. These treasures are courtesy of George Scala, who runs the invaluable Free Jazz Research site. He’s generously shared them from his amazing archive so they can be enjoyed by more than just collectors. Scroll down for the music!

HAPPY BIRTHDAY ORNETTE COLEMAN!
What can we say about legendary saxophonist and composer Ornette Coleman? He’s among the most important living musicians of any genre. His contributions to jazz are incalculable and the titles of early albums such as Change of the Century and The Shape of Jazz to Come now seem less like marketing hyperbole and more pedestrian statements of fact. His harmolodic concepts have altered the very way we hear music.

In the almost five years that we’ve been doing this site, many jazz greats have shuffled off this mortal coil. Thankfully Ornette Coleman, who just turned 81 years old on Wednesday, is still with us and continuing to make remarkably vital music. It’s important to celebrate the greats while they’re alive and here’s our humble effort to pay tribute to his essential music.

Since many readers will already be familiar with much of Ornette’s work, George Scala has shared some genuine rarities that you’ve probably missed. These tracks illuminate several fascinating corners of his vast discography – including pieces with electronics and symphony orchestra, a stirring graveside tribute to John Coltrane, plus rare appearances as a sideman for two very different vocalists. So without further ado…

There simply aren’t enough avant jazz singles. What better way to serve the music to the people than on a seven inch platter? Ornette was hip to this fact. In 1969, he issued a special single to commemorate America’s moon landing. Oddly enough, it was released only in France.

Both sides feature one of Ornette’s finest quintets. “Man on the Moon” adds the splattering electronics of Dr. Emmanuel Ghent, a pioneering composer of computer-generated music. This galloping electro-jazz tune may be a novelty in Ornette’s discography, but the sounds blend together surprisingly well. Ghent later performed a variation of this music at The Kitchen in NYC in 1972 and you can check out the program online.

“Growing Up” is a very unusual, let’s say, ballad. Ornette doles out a keening melody and Haden bows a sighing line on the bass. But then there’s the surge and swagger of the song’s rhythm and flow which never lets it sit comfortably in any one mode. Both these tunes are distinguished by a sense of whimsy and wonder, maybe appropriate since Ghent also recorded an album of children’s music.

This stirring track was recorded live at John Coltrane’s funeral at St. Peter’s Lutheran Church in New York City in 1967. The sound quality isn’t pristine and the drums tend to reverberate against the church walls, but the the spirit of the performance comes through clear. You can hear echoes of both Coltrane and Albert Ayler in Ornette’s emotional playing, underpinned by his two finest bassists.

This historic recording wasn’t initially released by Ornette but instead was included on an ambitious double album by Bob Thiele Emergency. Thiele, former head of Impulse Records and producer of many of Coltrane’s most important sides, dedicated an album side to Trane’s memory and included this piece as the capper. 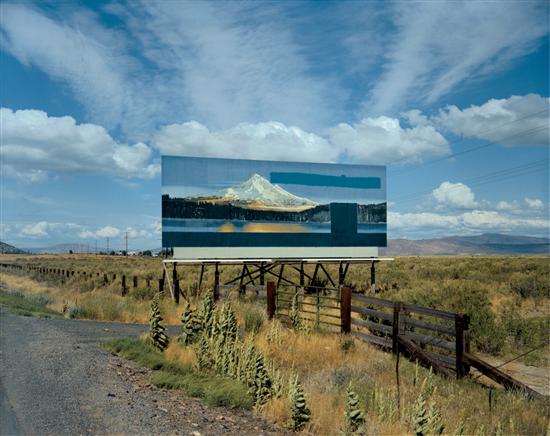 Recorded live in 1987, this is an excerpt from a rare live presentation of Ornette’s orchestral magnum opus Skies of America. Due to time and budget constraints, the original 1972 album was only able to include Ornette and a symphony. The Milano version features a more fleshed-out conception of the piece, with Ornette’s electric Prime Time ensemble playing alongside a full orchestra. This 11-minute selection gives a taste of the composition’s rich complexities, catchy folk melodies, and stirring stylistic syntheses. The performance was made commercially available only to subscribers of the June 1996 issue of the Italian magazine Musica Jazz.

This is a real anomaly: Ornette backing up French crooner Claude Nougaro on the jazzy ballad “Gloria.” Although his sax is back in the mix, Ornette is given plenty of room to solo throughout the tune and deftly dances his way throughout the piece. It’s an interesting conception of how to accompany a singer. Nougaro, who was famous in France for blending the chanson with jazz, also collaborated with Sonny Rollins, Cannonball Adderley, and Brazilian great Baden Powell.

We admit it: We’re not fans of jazz poetry. The stuff generally deserves the bad rap it gets. However, this moody and hypnotic Jayne Cortez track is an exception. Cortez smartly put together a backing band that includes members of Ornette Coleman’s Prime Time. That’s no surprise since she’s Ornette’s ex-wife and Denardo’s mother.

The wonderfully slow-burning hoodoo groove of “No Simple Explanations” is given extra emotional heft by Ornette’s snaking solo. Against a subtly complex backdrop, Cortez holds the stage with forceful declamations and urgent imagery. “Conjuration and syntax,” indeed.

This piece is dedicated to poet Larry Neal and “the idea of change and unpredictability.” Along with LeRoi Jones and AB Spellman, Neal was editor of the crucial 1960s free jazz magazine The Cricket. More on that another time.

Our favorite line: “The altar will not fit another skull.” Or put it another way, when the great ones are gone, baby, they’re gone.

FOR NEWBIES
For those who might somehow be new to his music, Ornette Coleman’s career has gone through various phases and is littered with masterpieces. Some good places to start include The Shape of Jazz to Come, Science Fiction, Dancing in Your Head, and In All Languages.

Other suggestions for crucial Ornette albums? Thoughts on these tracks? Tell us in the comments!