July 13th marks the 75th birthday of the legendary Albert Ayler, one of our favorite musicians and one of jazz’s greatest saxophonists. In the decades since his untimely death in 1970, many of his recordings and live appearances have been issued and remain readily available. So rather than offer up some pseudo-rarities, we’re sharing tracks from his most controversial album, one that’s often passed over by fans and hushed up by critics.

When New Grass was released in late 1968, Albert Ayler fans threw a collective shit-fit. How was it that the most extreme and spiritual of the free jazz vanguard, the man Coltrane referred to as The Holy Ghost, the virtual Saint Albert… how had he made a cheesy funk record?!? Various friends and critics over the years all delivered the same verdict on the platter, with the same stricken shake of the head: “It’s Albert’s sell-out album, man.”

But how the hell does someone like Albert Ayler even begin to sell out? With the perspective of time, the concept itself is a non-starter. Was he ever going to move units along the lines of the Beatles by adding a steady beat and some vocalists? Really? We’re not going to make the claim for New Grass being some sort of lost masterpiece (those vocalists aren’t helping anything, now) but it’s a fascinating collision of sensibilities, matching Ayler’s potent shrink with Pretty Purdie’s beats.

Truly, more free jazz folks should’ve hired funky session drummer extraordinaire Bernard “Pretty” Purdie. There’s a great story about how when Steely Dan were recording Aja, they brought in Purdie to play the drum tracks. He set up his kit in the studio, along with a massive sign that read “You done hired the Hitmaker!” Indeed. No hits were forthcoming on New Grass, but Albert knew this was a drummer whose beats spoke directly to the people.

“Sun Watchers” sounds like an unholy amalgam of everything that Ayler had been exposed to, musically, up to this point: gospel, soul, R&B, blues, marches and extended technique. It’s surprisingly fun.  Ayler more or less keeps time with the band, but ranges all over the place sonically. His tone is unmistakeable. Cobbs periodically seems a little unsure whether to follow Ayler or play changes with the rhythm section, but once AA starts hitting the higher registers, it’s stops making any difference. If you were going to dance to any Ayler tune, it might as well be this one.

The album opens with the title track, which pretty much puts the idea of “sell out” in the wastebasket from the get-go. From straight solo skronk, it opens into “The Message,” a spoken word offering from Ayler himself. It’s a trip to hear the man’s speaking voice, for sure, even if his spiritual message; plea for spiritual peace, love, and harmony; and calls for repentance sound more convincing when coming out of his horn. In any event, this is hardly some  record exec’s idea of a killer album opener.

In the words of Ayler himself, from the great doc My Name Is Albert Ayler, “If people don’t like it now, they will.” 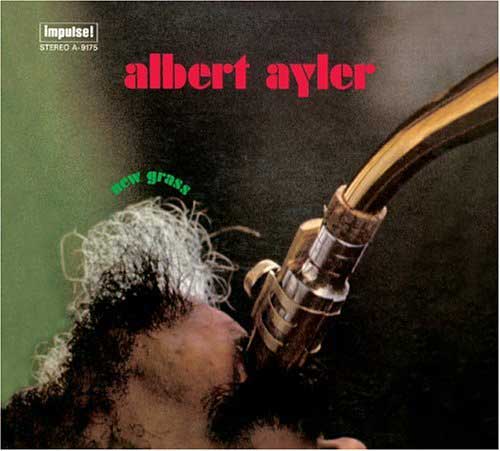